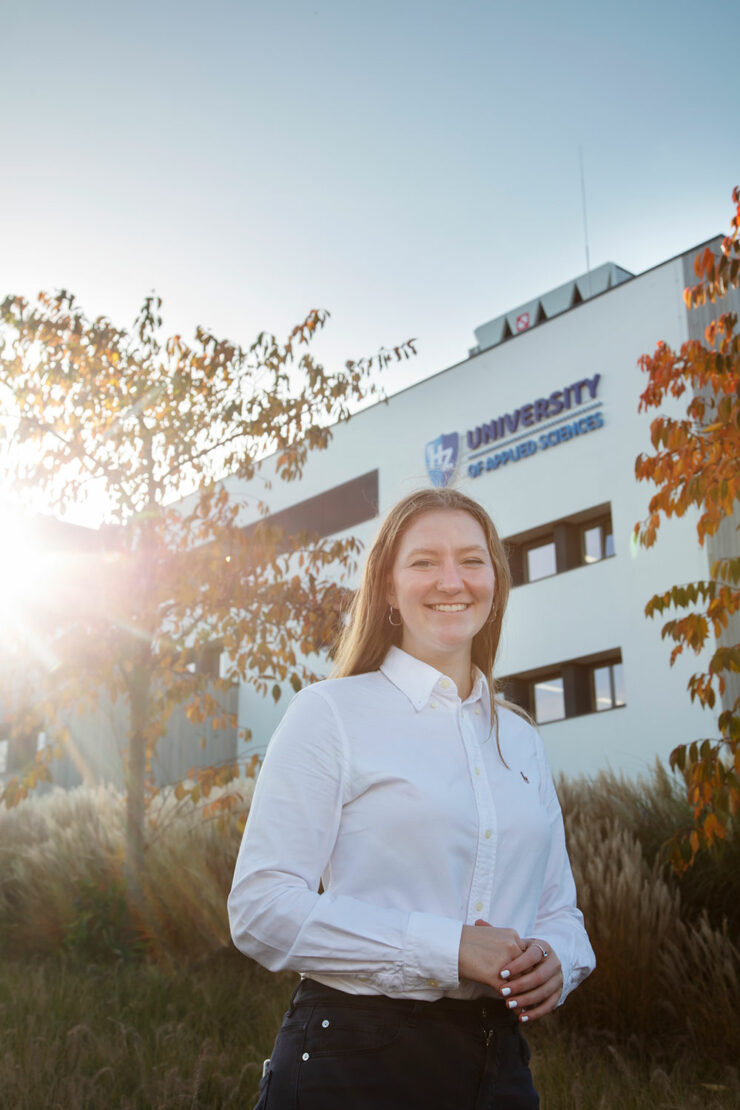 Shaylin a girl with a mission!

With German parents and born in the Dominican Republic Shalyn is a beautiful mix of both worlds. After high school she really wants to go to Europe for her study. When her study physics doesn’t work out because of unfortunate complications with her high school diploma, Shalyn looks for another engineering study. As she always plays the role of mediator in group projects, she also wants a bit of management in her study.

Why did you choose a technical study?

I always liked maths and sciences and I want to find a job in which there are different, also technical, problems to be solved. Besides I want to learn how to be a good manager in the industrial world. The study IE&M combines those aspects.

What do you want to mean for the world?

I grew up in a country where people don’t respect women, not only in general, but especially in higher positions. What I see is that a lot of girls like maths but are taught or made to feel that they don’t belong in those jobs. That’s why I always say to girls: at least try and see if you like it. There is a big role we must take and show men that gender doesn’t matter. I hope to become a manager at a company and show other women that this can be achieved. I want to be an example.

What is your dream job?

My ultimate dream job is to manage a nuclear powerplant. With my study IE&M I learn about managing in a technical environment, and I only must apply the nuclear knowledge. People often believe that a powerplant is dangerous after what happened in Chernobyl and Japan, but people often don’t realize how important nuclear powerplants are and how much power they can provide. I want to be able to create a safe environment for people.

Do you have to be creative for this study?

Is it a practical study?

In the first two years we go two days a week to a company. We work on school projects, but sometimes the company also gives an extra project to look at. In the third year I went back to Dominican Republic and did research for a 3D printing company. I created a process of collecting plastic bottles and turning them into printer filament, so they can be used for the concept versions of the 3D prints. In this way the company reduced a lot of costs and became more sustainable.

Do you have a tip for me?

I hope that more girls apply to technics. Often men take the credits for what women have done and researched in their job. I think it is time that we don’t allow that anymore and that we stand up and show what women can do!